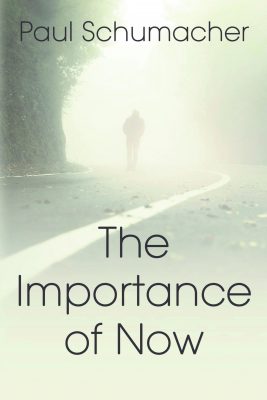 At 14, Shawn Stevens commits a horrible crime the day after his father’s funeral. These two events define his life. After leaving juvenile detention, he starts life over but is haunted by his past, unable to forgive anybody, including himself. When Shawn becomes a mentor, he finally confronts what he’s done, questioning everything.

In a parallel story from the present, Shawn’s 13-year-old son, Aidan, finds letters in the attic introducing him to the father he never met. Aidan discovers the secrets his mom kept all these years and uncovers what drove his dad to finally forgive before it was too late.

“A marvelous and engaging read to say the least. The author really does a fantastic job of creating a personal and intimate world within this novel, and a cast of characters readers will be able to relate to…”

“Powerful themes of redemption, forgiveness, and unconditional love… The story will stay with a reader long after he/she finishes it.”

— Linnea Tanner, author of the Curse of Clansmen and Kings series

“The Importance of Now pulses with energy and emotion. Schumacher brilliantly pulls at the heart strings of the reader.”

In order to make a future for ourselves, we must first be willing to look to the past and learn from those who came before us. The past can often be the key to the future, and whether we learn from our parents and the choices they made at our age, or learn from world leaders who took our nation in the wrong direction, we can own our past to build a much brighter future for ourselves and future generations.

In author Paul Schumacher’s coming of age novel, The Importance of Now, the author explores this concept with a story of two boys. Shawn Stevens, after spending three years in juvenile detention for a horrible crime he committed shortly after his father’s tragic passing, is given a second chance at life by becoming a mentor to other young boys. Struggling with the concept of forgiveness, Shawn falls in love and tries to find the forgiveness within himself. Meanwhile, in the present day, Shawn’s young son Aaron finds a series of letters which will help him discover who his father was.

This is a heartbreaking, emotional and evenly-paced read. The author does a great job of building a narrative that focuses on character-driven plots, giving readers a more intimate and heartfelt story. The emotional core of this story is really the parallels between a father and his son, and the hardships many young children endure without their parents. From Shawn’s tragic life of hardship and pain after losing his father, to Aaron’s desperate search to discover not only his father but who he himself, it is something many readers will be able to relate to.

This is the perfect read for those who enjoy classic coming-of-age fiction, especially those with a family drama element which may hold a strong emotional core to the family dynamic. As a fan of this genre, I found the emotional storyline engaging and central to the overall growth of the characters, as it helped showcase how powerful things like second chances, starting over and learning to forgive others and ourselves can truly be. It is a story of rebirth and growth, as well as the love of a father for his son.

In the end, this was a marvelous and engaging read to say the least. The author really does a fantastic job of creating a personal and intimate world within this novel, and a cast of characters readers will be able to relate to on both a personal and emotional level. A one-of-a-kind story, this is the perfect winter read as it speaks of the end of one chapter of a person’s life, and the rebirth of a new chapter, something many of us can relate to.

THE IMPORTANCE OF NOW is a story, narrated by its three principal characters, about overcoming one’s poor choices and learning to live in the moment while striving to be a better person.

THE IMPORTANCE OF NOW is a heartwarming and heartbreaking tale of redemption and forgiveness, as Shawn slowly finds his footing and appreciates the joy of living in the present while slowly atoning for his past crime.  In 2017, looking back at his dad through letters written by the young men who had been in Shawn’s mentoring group, Aidan begins the know the father he never had and becomes fascinated with Shawn’s life story and his journey to self-discovery.  But Aidan remains troubled by the old police reports describing Shawn’s crime, and he wonders if he can really look up to someone so evidently flawed.  Then, in 2003, Shawn confidentially reveals to Grace and his boys an even greater crime he committed the night he robbed a store as he finally tells Grace about the robbery.  The revelations in 2003 threaten Shawn’s relationship with Grace and his involvement in the mentoring program and in 2017 lead Aidan to contemplate running away from home.  Can Shawn be forgiven in the present or in the future?  Can he ever forgive the man who killed his father?

THE IMPORTANCE OF NOW pulses with energy and emotion. Schumacher brilliantly pulls at the heart strings of the reader, while offering a powerful lesson of always staying focused on looking to this day and taking advantage of what life offers while learning to put yesterday behind you and seek forgiveness for one’s sins while forgiving those who have sinned against you.  Schumacher’s story puts him in the same league with the late Pat Conroy, who was renowned for his novels about families affected by trauma.

IR Verdict: THE IMPORTANCE OF NOW, a story about overcoming the past and appreciating the present, is a heartwarming tale of redemption and forgiveness that is both emotional and emotionally charged.

In The Importance of Now, 13-year-old Aidan is impatient to learn about his late father’s past. Through letters found in the attic, he discovers the long-hidden secrets he sought. His findings draw the reader into the parallel story of Shawn Stevens, Aidan’s father, and the events that defined him as a person and set out the path for his life.

This story is told from a unique perspective, using the letters and documents from Shawn’s history to lead us into the events of the past from several different points of view. The technique adds an extra layer of engagement to the story. The narrative centers on Shawn’s reaction to his own father’s death, his inability to put it behind him, and how his church and the mentoring of young boys allowed him to find forgiveness and acceptance. This novel is very well-written, and the intertwining of the past and present creates a wonderful level of intrigue. Although
submitted as a New Adult genre, it would certainly appeal to all ages.

Sublime Line: “A well-written and enthralling novel told through parallel stories of two generations, both searching for answers and closure in an emotion-filled past.”